Building from scratch is incredibly hard work, so it’s not uncommon to see aspiring restaurant owners veer away from the ‘ground-up’ approach in setting up a business. That being said, some future restaurateurs tend to opt for buying an existing establishment instead. In buying a current restaurant for sale in Vancouver, people have two basic options: a franchise or an independent business. Either option has its merits, but ultimately choosing one path depends on one’s understanding of his own strengths and weaknesses, as well as the differences between the two modes of starting up. Here’s a quick rundown of the disparities between a conventional franchise and an existing independent business.

For a franchise, its greatest distinction lies in brand recognition. Opting for a franchise means a buyer would foray into an established company with all operational plans, guidelines, training and support systems already in place—and that the aspiring business owner’s decisions should rely heavily on what the brand’s top brass wants to do. There’s already a pre-determined path ripe and ready for the taking, which may also make obtaining financing much easier. The price one has to pay, though, is the limited amount of decision-making freedom.

On the other hand, an independent business is the complete opposite: once someone new takes over the reins of the establishment, it’s his to command and he gets to call the shots. Anyone buying an established independent business is afforded the autonomy of setting his own rules, freedom from extra fees or royalties (he gets to keep all his earnings to himself if he wants to), and more opportunities just waiting to be tackled.

The success rate for both franchises and independent businesses is largely dependent on a lot of factors, with neither option really gaining ground over the other. Business buyers simply need to evaluate a potential acquisition on its own merits since both franchises and independent businesses can either fail or succeed. The key point to keep in mind is that whether a franchise or independent establishment gets chosen in the end, adequate research is critical to ensure you make the most of things.

It’s important not to rush things in these types of investments—one may choose a franchise for the already established path but may find the oft-strong bureaucracy very constricting in the long run, or choose an independent business and eventually learn that the risks are too great. Overall, what matters most to anyone looking to buy an existing restaurant for sale from Vancouver, BC brokers like Restaurant Business Broker is coming in prepared and knowledgeable to avoid various hassles.

Finding A Business: Franchising Vs. The Independent Business, CanadaOne.com

Buying An Independent Business Versus A Franchise, AllBusiness.com

Independent Business Or Franchise? How To Decide, INC.com, June 5, 2013 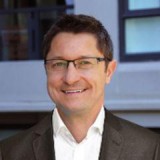 Are you looking to sell your restaurant? Many restaurants for sale in British Columbia are getting sold!

Are you looking to sell your restaurant? Many restaurants for sale in British Columbia are getting sold!